The bees have had four days to do their bee things, so today was a great day to open the hives up, check for the queen and release her if needed, and fix any cross-comb issues. The sky was overcast but it was warm and sunny enough that the hives were relatively quiet as Madeline and I approached them.

We had to release the queen in the first hive that we opened, but the bees had three partial bars of comb ready for her. It got a little buzzy at various points–especially while I was trying to remove the queen cage from some messy comb–but the bees quickly settled back in once the hive was back together.

The second hive had already released the queen so I spent most of my time trying to avoid disturbing the front of the nest while removing the queen cage and filling up the feeder. 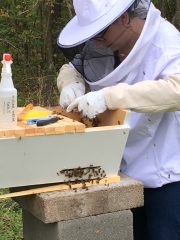 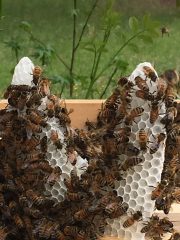 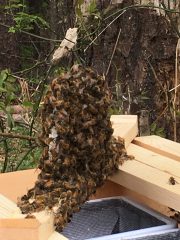 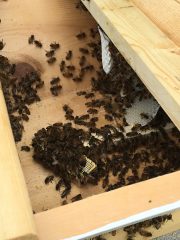 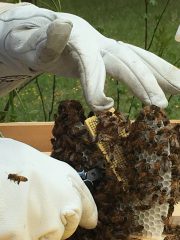 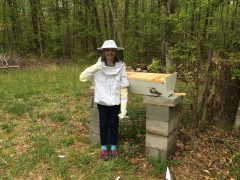