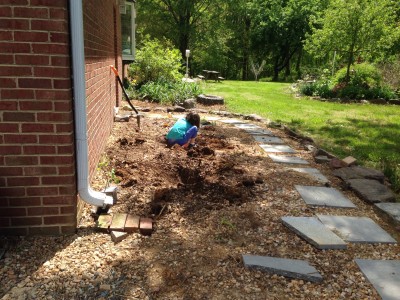 Abigail helped me dig out homes for our two Crandall American black currant bushes. They’re supposed to be good for butterflies and fruit. 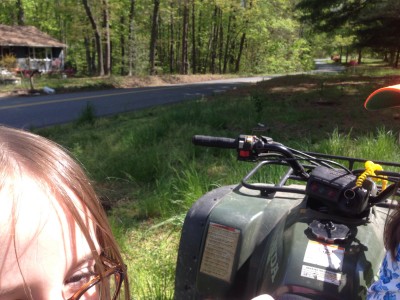 Madeline and Abigail both helped get all of the bush cherries into the ground. We planted the four Nanking cherries near their bus stop, so they’ll have something to nibble while they wait. Joy and Joel went in next to the house to replace some of the bushes I tore out, and the Carmine Jewel is in a nice sunny spot on the hill. I’m still waiting on two Polish dwarf cherry trees. 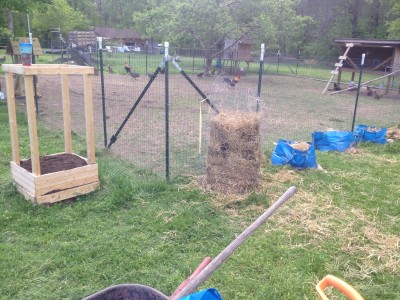 We’re running a bit of a potato experiment this summer. We have a box that we’ll fill with straw or soil as the indeterminate potato grows up, a chickenwire construct of straw on the outside and and soil in the middle with potatoes planted in a spiral around the outside, and IKEA bags of soil.

I still have to deal with the lingonberries and cranberries when they arrive.